Principle of Finality in Litigation

Principle of Finality in Litigation – A judgment made in open court takes effect when it is made and not when it is subsequently sealed. The lapse of time between the making of an order in open court and sealing it may be taken by the unsuccessful party as an opportunity to rehearse legal arguments or to produce new evidence to persuade the court to revisit and amend its order before it is sealed. 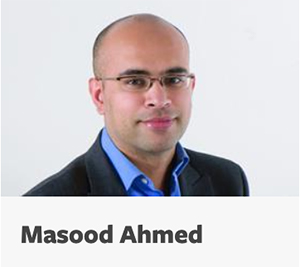 In AIC Ltd v The Federal Airports Authority of Nigeria [2020] EWCA Civ 1585 the Court of Appeal provided guidance on the correct approach the courts should take when determining an application to reconsider an order before it is sealed.

On 6 December 2018, AIC Ltd (AIC), a Nigerian construction and property development company, made an application to the High Court to enforce a Nigerian arbitration award of over $48m against the Federal Airports Authority of Nigeria (FAAN), an airport-operating agency. However, before the order was sealed, the judge rescinded AIC’s right to enforce the award on the grounds that there had been a significant change in circumstances in that FAAN had obtained a guarantee for security for costs. The judge also granted FAAN relief from sanctions for failing to comply with various deadlines. AIC appealed the reconsidered order, asserting that the judge had no discretion to reconsider her order because, although it had not been sealed at that stage, it had been pronounced in open court and therefore took effect immediately.

Allowing the appeal, Coulson LJ held that there were two distinct questions which the court must ask itself. The first was whether the application to reconsider should be entertained in principle; if the court answered the question in the negative, that was the end of the matter. If the court concluded that reconsideration was appropriate in principle, then it became an open-ended matter of discretion, to be exercised in accordance with the overriding objective, as to whether the order should be changed. Coulson LJ provided further guidance on first question when he said: ‘In my view, the court should be looking for a sufficiently compelling reason that may justify reconsideration; something which might outweigh the importance of finality and justify the opening up of a question or questions which, following the pronouncement of the order in open court, appeared to have been finally answered. Of course, it is quite right to say, as the authorities stress, that those categories of case are not closed. But, assuming that the request to reconsider comes from the parties and not the court, the court should instinctively be looking for something which has been missed or otherwise gone awry: a mistake or a fundamental misapprehension; a fundamental piece of evidence or a point of law that was overlooked. The court’s undoubted jurisdiction to reconsider its earlier order cannot be permitted to become a gateway for a second round of wide-ranging debate.’

Coulson LJ held that the judge had failed to consider whether the application identified a sufficiently compelling reason for the court to entertain an application to reconsider the 6 December order which had been an error of law. To the extent that it might be said that the judge had identified the significant change in circumstances as the compelling reason for entertaining the application, she had been wrong as a matter of fact. The arrival of the guarantee was not a significant change in circumstances but simply the culmination of what FAAN had been saying in its evidence for some time, which had been taken into account when the 6 December order was made.

Leaving aside the error of principle, Coulson LJ also found that the judge had failed to take into account matters which she ought to have taken into account, and gave weight to other matters which were irrelevant. Therefore, this was a case in which interference with the exercise of the judge’s discretion was justified.

Although AIC Ltd concerned an application for enforcement of an arbitral award, its application is of broader significance because it is applicable to any applications for reconsideration of court orders made in civil proceedings. When considering an application to reconsider, the courts need to ensure that their jurisdiction must, as Coulson LJ put it, be ‘carefully patrolled’ so that the principle of finality in litigation is not undermined.